Better Red, than Rezzed. My "Fake Boy Toy" Barely, bought me a dress.

I was talking to my "Fake Boy Toy", Barely Texan, yesterday.  No we aren't really a couple, we're a "Fake Couple"!   Every SL Fashionista needs a "Fake Boy Toy" or "Fake Husband" to tell us we look pretty or to do photo shoots with.

I was doing my usual abuse of him, telling him how I didn't like his hipster hair (which was the truth), and fake-complaining he told Harper about that Lindaline disk dress before me.

"She was online.", he said to me.  Well, perhaps she was, but I know where he saw that dress on Ziki Questi!  The Chamber!  I was then complaining about how my L$ balance taunted me because I didn't have L$350 at that time to get the dress.  I was planning on getting it as a lingerie cover up, and mentioned how the Buy L$ button taunts me.  Then my "Fake Boy Toy" bought it for me, which is what he should be doing for the Fashionistas who Taunt him.  Buying us stuff, not us buying him stuff.  There are rules!

Not that it made me like his hipster hair he was wearing with his nice Steve McQueen-ish outfit.   I told him he needed the right car for that look, and a lady friend with the right outfit...maybe something Ali MacGraw would wear. 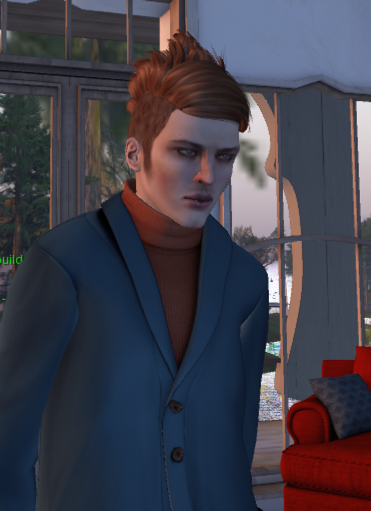 I promised him I'd take pictures of it.  He also saw me in it...when I wasn't wearing anything underneath it.  I spoil my "Fake Boy Toy" so much, but only by looking good.  Then he has to flatter me, that's his job.  Well, and flatter Harper too.  He really needs to do that more.  And flatter Berry, I told him to do that too.  Really, he just needs to tell all the Fashionistas how pretty we are, that's his purpose.

Better Red, than Rezzed, I always say.  Really, it's a thing I say referencing my "obsession" with red hair.   The disks are actually coins, which you can see in the close up.  The dress comes with a HUD that lets you change the color (including using RGB to choose one), shinyness levels, link color, etc etc.  A nice dress that would work well worn over lingerie/swimwear.  I can imagine someone using this dress for a "Bo Derek lounging near the resort pool" look.  Yes, that dates me, I'm old.  Hair is Truth Vixen, shoes are Hucci Jacmel's, skin is my usual Belleza. Lingerie by Luxuria. 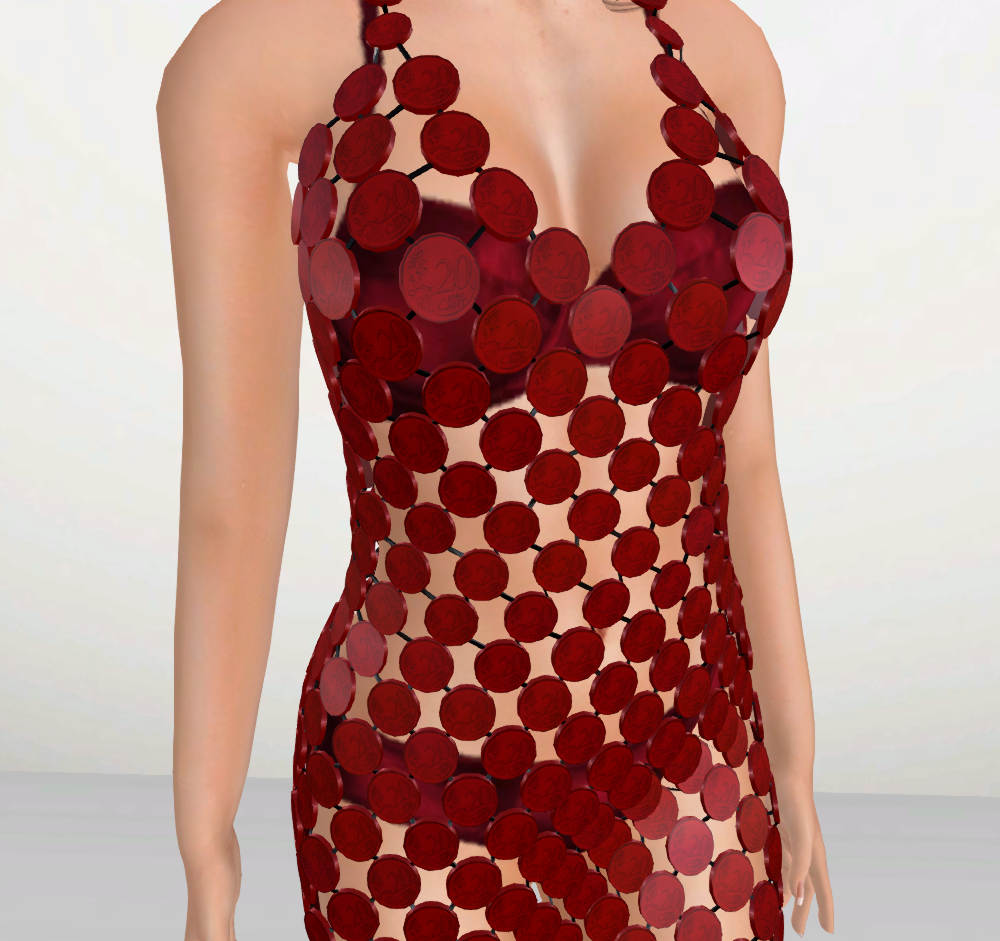 There are multiple sizes available, that's the small worn with my standard S-size smaller boobeh shape, so you should be able to find a size that works for you.  Sizes for mesh boobehs are included.

This is what he's wearing today, a sort of "James Franco with oversized glasses" look.

He really should get a blog.

Luxuria
Posted by CronoCloud at 1:23 PM

That is such crap. He showed me a photo. *I* contacted Ziki. She wouldn't give him the time of day.