But some of you still have your old invisiprim shoes on the market, sometimes even still for full price next to mesh/alpha shoes.  This makes CC (and others) sad.

1. Take the invisiprim shoes of the market.  For one, there are those who simply don't buy such shoes anymore they've been passed up by new and better SL shoe technology that makes shoes pretty!

2. Leave them on the market but heavily discount them and put them for cheap on marketplace.  Keeping them on marketplace is fine...but invisiprim shoes don't belong in your stores right next to your awesome meshy shoes.

With Luv, CC. (though it was someone else who mentioned this issue to me)

Posted by CronoCloud at 5:24 PM No comments:

Marketplace Search, boy is it quirky with a capital Q.

You know my rant about naming I did in my last post.  Well some of us (Hi Eclectic and Sasy) were discussing it, and some said they didn't know that connected/concatenated words were treated as one.

Then I realized, I'm a frickin nerd and stuff like that sticks out to me and I'm more likely to find it.  So in other words,people don't know that dotted names aren't marketplace search friendly.  So I was wrong to say "bad designer" in that instance.

1. Marketplace search in the past seemed to be case sensitive, but now it seems it isn't...most of the time.  That caused me problems with searches for items that used capitalization in the past:  For example if If I made a hair called say "CCwear Torley"  and I searched for "ccwear torley"  the search wouldn't have found it, even if I knew it was there.   But now it does, thank goodness, but to be safe, try to stick to lowercase... just in case.

2.  Marketplace search does not get along with special characters.  For example if my store name is CCwear and I put it (or the item name) in brackets or greater than or less than symbols " < >" or other characters, search won't find it.  Which  is contrary to how inventory search works.  Inventory search uses a "contains" type search and Marketplace seems to not do so, it's more literal.   So if I have a skirt named: "CCwear.classic.pencil.skirt.black or "CCwear_classic_pencil_skirt_black"  Marketplace treats that as one word.  So a search for CCwear pencil skirt wouldn't find it.   So if  you have special characters in your item names in inventory, they're not marketplace friendly.  Which is counter-intuitive.  So try to stick with spaces in store and item names.

4. You cannot search within results....sigh.

5. Today I uploaded a couple of things to Marketplace to see the interface and whatnot and noticed things that could be better.  The interface could use some changes and rewording, and it really could use what I call "listing templates"

For example if you make hair, do you want to have to manually type or even past all that stuff in?  No, what you need is a standard template you can assign that you can choose for you uploaded item that has stuff filled in already!  I can see how maintaining and updating Marketplace listings would be a lot of work.

Another idea I had was for LL to create a "custmer service person" or "sales associate" role for marketplace.  So that a creator could assign a trusted person with limits on what they can do, to handle grunt work without fear of something bad happening.  It's probably not workable but something to think about.

If any reader has any Marketplace tricks or tips, let me know!


Posted by CronoCloud at 5:15 PM No comments:

Return to Celoe, the Great...and not so great

By happenstance, I was in Sonatta Morales shopping (and buying my first Sonatta Morales...which is another story) where I ran into a friend of mine who was wearing a fantastic looking Jacket, skirt and shoooes.  I immediately IM'd her and asked where she acquired it, because as I said:  "CC Needs That"

She told me: Celoe, and my immediate "Need" was reduced somewhat because of the previous experience   I had in trying to shop at the Mayfair region that contains Celoe.  But I am nothing if not willing to give second chances, so I did.  And had the exact same experience.  This time I had enough time to spare to do a bit of troubleshooting and thought to check my debug settings, specifically "MeshMaxCurrentRequests".  I vaguely remembered turning it up just after mesh was released in the viewer on someone's recommendation.  I checked the default and it was half that, so I turned it down to 32 and restarted the viewer and returned to Celoe.  This time...everything loaded...slowly, but everything did rez.  Yay!  So I walked in and found the stuffs I wanted, the Maru coat/jacket, Nikka skirt and Zoe pumps.

Almost a peplum effect there, going on with that jacket.  Just look at it, the mesh actually looks like a nice weighty wool! 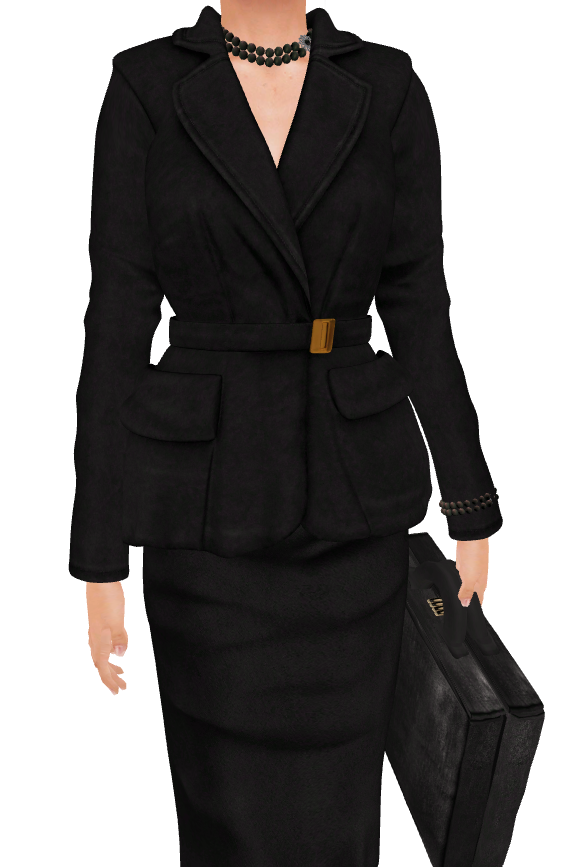 The Jacket and skirt come in more colors, I love the red.  too bad they don't come in the "same" colors.  The blacks are the only good matches.  For example the skirt does not come in the red the jacket does.

There is also a long coat/dress version, which while nice isn't quite as awesome as the separates.  Its quality is good, but the style is a touch "dowdy"  could be the silhouette or length  needs a touch more tweaking.  It's not horrible by any means though...just means it's more "Matronly Sunday Church Outfit" than I'd prefer.

And here's the Zoe shoes, which I just LOVE and want in RL, though the heel is a touch too high for RL moi.  I wish I could wear that heel in RL but that looks like a 100 or 120mm, and I can handle 85mm at best.  Love the little bow. and the texture is fantastic.   Doesn't come in enough colors though and the color names could use some work.  "Elephant" really isn't a descriptive name for a color.  This black is called "gondola" what is up with that.  (The jacket, skirt and coatdress have similar issues with names) 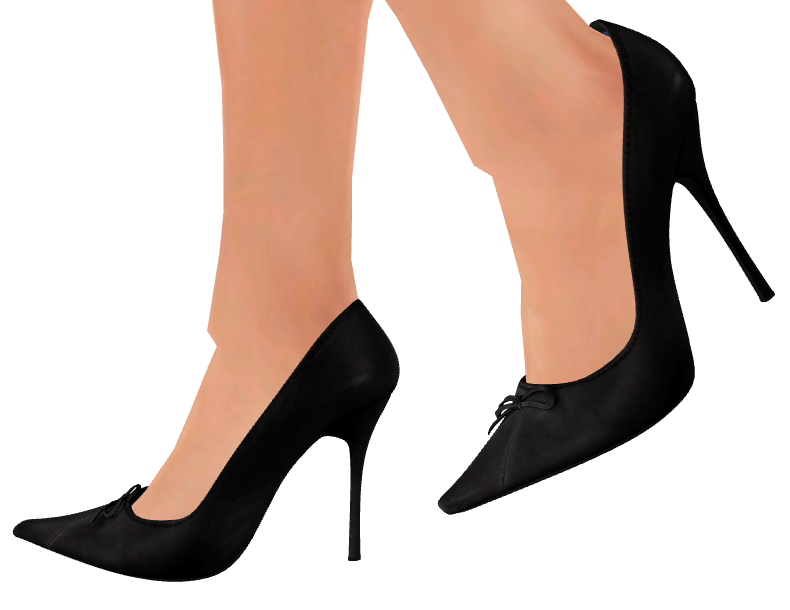 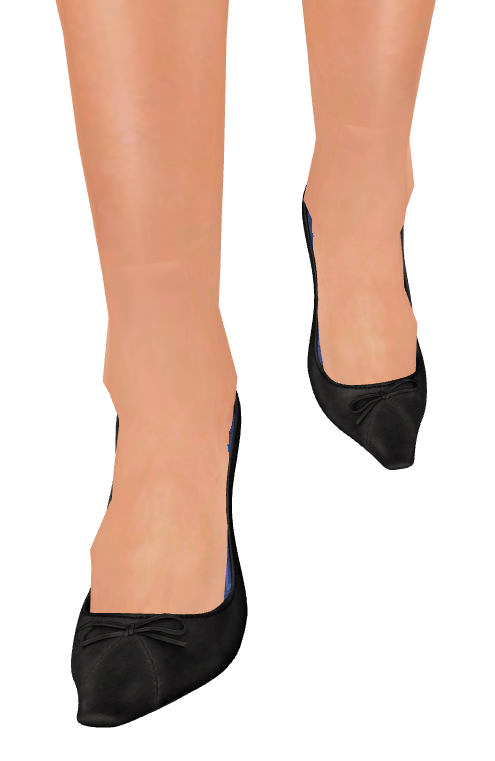 I have some quibble about the prices.  The prices for the separates are a touch higher than I'd like for separates and I paid more for the shoes that I'd usually do, being spoiled by G Field.  Shoes are one of the most commonly overpriced t hings in SL.  And there's no "Willow Packs" so no fatpack discount.

Another not so great thing about Celoe is the choice to use the RL style vendors which are as the trope says: "Awesome but impractical" for SL.  For example the coatdress vendors are boxes lying flat so that the coatdress picutres are SIDEWAYS like this and also small.

The alpha'd hanger vendors for the skirts don't give you a good view of the skirt at all.   The shoe vendor pics are also small, but at least they're oriented properly.  I have always been of the opinion that in SL displays, simpler is better.  Yes, simple wall prims aren't all twee and artsy and RL-looking, but they work better for consumers and that's what matters.

The store is also still laggy and even after I fixed the debug setting I crashed there, twice.  Once when trying to get a picture of the vendors.  I'd recommend shopping via Marketplace because of the effect all those twee mon-tissu style alpha'd vendors have.

But Celoe's marketplace shop has other issues.  For one, the selecton doesn't include all the stuff in the store, and Celoe doesn't understand product naming so that the names are things like:

Which makes it impossible to search for them because the Marketplace search treats that as all one word because of the periods as far as I can tell.  So if you search for "celoe nikka skirt" on Marketplace you get zero results.  Bad Designer, BAD BAD!

So Celoe earns a mark of "Shows promise but needs improvement" before I can truly recommend shopping in-store, sad to say.  Nice stuff though, as I said.  One final note, Celoe LM's say only "Mayfair" instead of "Celoe Main Store at Mayfair" which would be better.  Bad Designer Decision!  Bad BAD!

Posted by CronoCloud at 2:38 AM No comments:

You all know the trope:

It seems to be rather prevalent on SL fashion blogs these days many of which more "glamour blogs: than review blogs, and that's not necessarily a good thing.  SL consumers need good reviews.  It helps consumers make good choices if they can see the details of the lovely ensembles better before they make their purchases.

So if you're a pale blonde with a while/cream outfit, try to turn the gauss and glow down a tad, and perhaps not use a pale background that your ensemble blends with.  Say it with me: Contrast!  And don't overuse depth of field effects.  That is if you're trying to show the actual gorgeous outfits.  I'd not be complaining about the SL Gaussian Girls if there were more review blogs and somewhat fewer Glamour Blogs.


Posted by CronoCloud at 1:26 AM No comments: