Hamlet Au over at New World Notes mentioned a shop called Boudoir operated by two RL fashionista sisters (SL names: Vitabela Dubrovna & Precious Restless) who own a RL shop of the same name in Croatia. It's all couture and runway inspired stuff, totally impractical, but very fabulous. I only saw one dress that really spoke to me at that particular moment: The Bed of Roses Dress 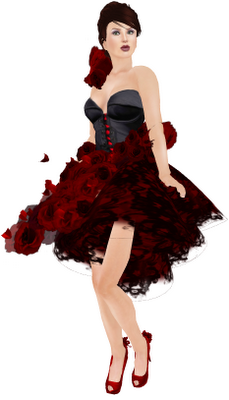 The laced corset style bodice appears to be leather to me, and the sheer tulle skirt (I think it's tulle) is covered in roses. It's got a sort of badass punk princess look to it. The skirt has the usual alpha issues though, not too bad though and it looks nice while moving. 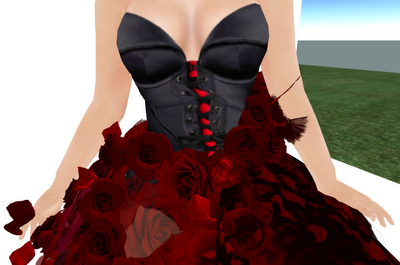 I also saw these Red open-toed platform stilettos with roses, very couture-y...I know it's not a word. :-) 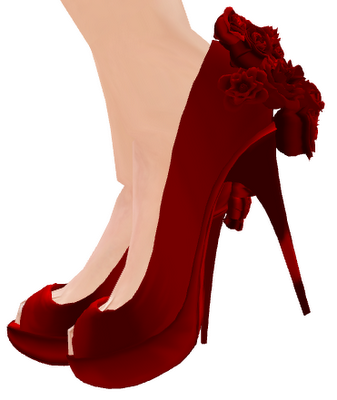 I was a bit surprised by the store build, I was disappointed, I expected it to look more like their lovely Boutique in Zagreb, which you can see in this Youtube Video of their boutique

Posted by CronoCloud at 12:15 PM No comments:

Rosemarie Indigo dropped a blogger box on me today, and the name of the shop intrigued me so I opened it right up. Eyes, it contained eyes, Considering how my favourite Eye maker (Miriel Enfield) has left SL, I figured I ought to take a look considering how the eyes were described as a fruit inspired set. One set of the eyes, the Framboise (raspberry) made CC look deranged, but this set...the Kiwi, is nice. 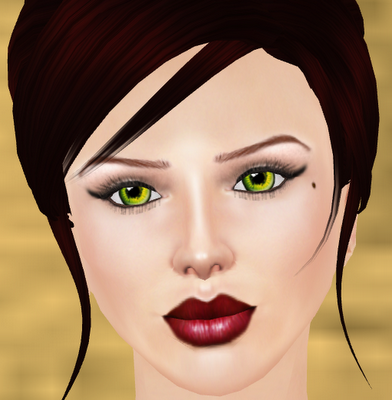 A very nice kiwi-ish green, and how I love a nice green eye. Now admittedly I'm a smaller iris sort of gal, so these larger irises aren't my thing, but if you do like quirky large irised eyes, you ought to take a look...considering how the designer said she was a Miriel fan herself. They're inexpesive as well, 30L% for the fruit eyes, except for Framboise, which is a dollarbie.

Rezday party on the 22n'd

My 4th Rezday is next Monday and I'm Throwing a party next Thursday:

To All and Sundry;

CronoCloud Creeggan, the not entirely tame Fashionista, shall be hosting a Rezday Party to Celebrate her Fourth Rezday at the Ballroom at Coughton Court in Caledon Rothesay (47, 82, 22) http://maps.secondlife.com/secondlife/Caledon%20Rothesay/48/82/22

Dress is....wear what you want, you KNOW CC will be changing her outfit during the party at least once.

has it been so long, seems like it was just yesterday that I joined.
Posted by CronoCloud at 12:55 PM No comments: