Yes, I entered the contest,for the "glory", there's over 600 avatars entered, I think. More info here My vote picture is on kiosk 27, side D in Tellus III This is the outfit I used, the tweedy coat from Bare Rose Couture, skin from Tete a Pied, Short Crop hair from Aveda by Elika and the great Pinson boots from EnkyThings 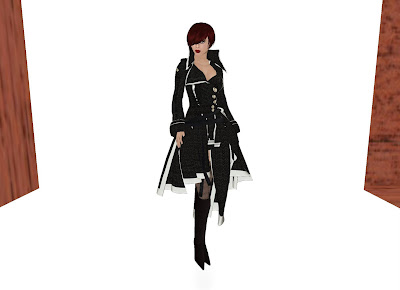 But Don't Vote for CC! I just found out via the Fashion Victim blog that there's people entered who if they win will donate their winnings to charities, find one of them and vote for them!

But if I do happen to win, which I won't, I'll donate to the Red Cross in SL. Thanks to Stephanie Misfit for that suggestion.

I didn't win the vote count. I only got two votes, one of which was mine. Okay who voted for me, you deserve a hug or something. I am surprised by the vote counts a bit, but it doesn't matter. Though we know who won the vote counts, we don't know who will be picked to fill the other 10 slots yet. Those are going to get picked by "consultants" Congratulations to the Winners: Babyhoney Bailey (Grand Prize Winner) with 403 votes and yolesa palen (Runner-Up Prize Winner)with 378 votes.
Posted by CronoCloud at 3:05 AM 2 comments:

I don't do heavily photosourced skins, everyone knows this. Can't stand em. So when Stephen Lightworker of RealSKINS dropped some one me I was filled with trepidation. What should I say? Should I not write about them? I finally decided I should write about them, at least a little. 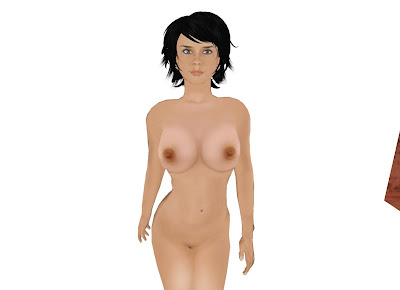 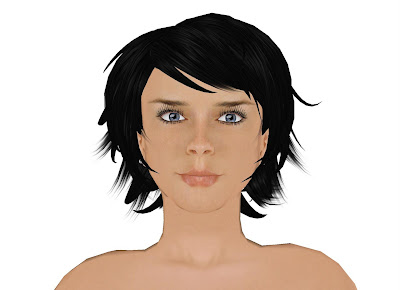 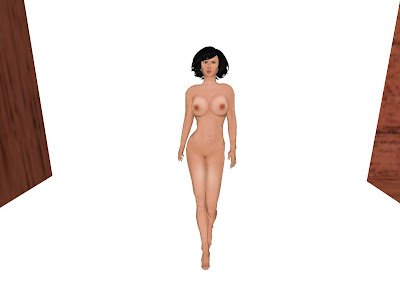 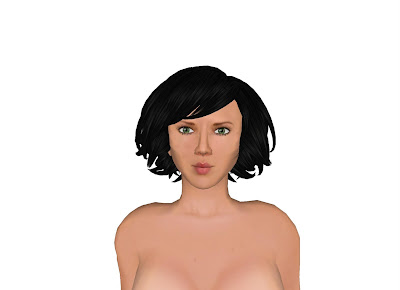 The lips are picky shapewise and do not flatter my shape's default lips.
I don't like the torso shading, the blurry boobehs in particular.


But....if I wasn't going to get nekkid, I could tolerate these because of the great faces. Which means for fans of photosourced skins, I would recommend these. That said, I still personally prefer hybrid skins, sorry folks.

My favorite tree in SL, Kiralette Kelley's tree at the Bardhaven estate in Caledon. 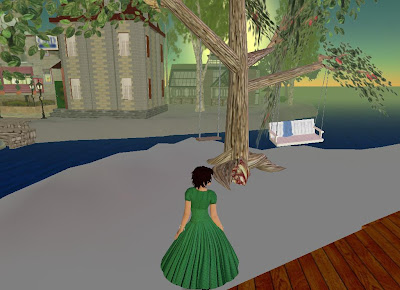 Posted by CronoCloud at 9:48 AM No comments:

I had to have the new Kats Meow coat from Artilleri as soon as I saw it in the Chaton picture on the Tete a Pied blog. It is squee-tastically gorgeous. I got the leopard pattern pack and this is the snow leopard pattern. I decided to pair it with the TaP Chaton skin, ETD Maaliyah hair, ebony neko ears and tail from Boneflower, fishnets from Wrong, and the utterly sleek, sexy, but still classy Pinson boots from enkythings 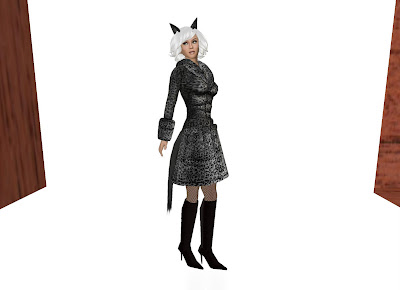 I intend to buy the solid colors too.
Posted by CronoCloud at 12:58 AM No comments:

The StyleDisorder fashion blog is no more. This was not "unexpected" but I was hoping it wouldn't happen. In my personal uninformed opinion what took down SD was what killed PXP: "Willow Zander is a human being and not just a blogging machine." PXP and SD were heavily dependent on Willow to keep up the output on new stuffage, but when Willow needed to take a break from SL back in the PXP days, or has an upcoming release of "the bean in her oven" that means new fashion bloggy content comes to a standstill. And without new content readers become unhappy especially if any other bloggers involved simply couldn't keep up with the expected output.

Personally I'd have loved to add on more writers to PXP when Cani, Willow and Arbel left, but I didn't have that power and the one who did, Lo Jacobs was in absentia. Something similar may have happened at SD, but I don't know for certain.

I'm going to miss Style Disorder, I still miss PXP, though SD essentially recreated the feel of PXP. I hope that sometime in the near future the writers of SD return, perhaps once Willow is less busy with bean related RL stuffage.

and in the spirit of PXP and SD: zOMG, who's going to blog Ginny's, Starley's, Elika's and Cani's byootiful and/or kyoot new release stuffage!
Posted by CronoCloud at 12:36 AM No comments:

Simone Stern of Simone! planted what seems to be her entire fall line on me. Thanks Simone! So if you see me in grid in a gown, you're probably going to be seeing me in a Simone. I haven't actually worn anything yet but from pictures a lot of it has an old Hollywood flavor which is my sort of thing.
Posted by CronoCloud at 11:51 AM 2 comments:

Remember Catherine Zeta Jones hair in the Movie Chicago? Well Tami McCoy has this similar short "flapper" tyle that I just love and now I finally have the perfect dress for it in Simone Gatsby. 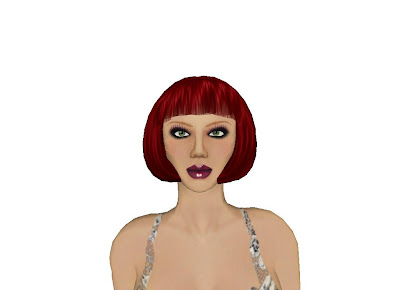 Posted by CronoCloud at 11:49 AM No comments:

Been meaning to post about this wonderfully pretty set for ages. Wings! Wand! Happy Fairy Pretty Prim Goodness. Love Love Love. Lots of options. I love this with the Tap Deux Naturelle skins. 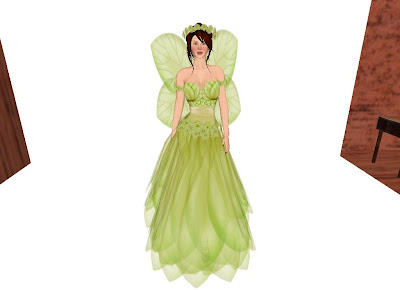 Posted by CronoCloud at 11:46 AM No comments:

I've got a backlog of stuffage that I want to post about so I decided to keep the image editing to a minimum and just convert my bmps with ImageMagick convert to save time and not crop/scale em.
Posted by CronoCloud at 11:44 AM No comments:

Adam n Eve has been celebrating it's grand reopening with the new build yesterday and today. The dance/scavenger hunt starts in a bit over 20 minutes at Adam n Eve in Genesis.

I am fond of Sachi Vixen (and Damen Gorilla) and consider them to be kind of like the solid quiet types who deserve more hoopla over their stuffs than they get. They're nice! If I ever was to get married in SL, Sachi would probably be the first person I would ask to do my "Fairy tale princess poofy wedding gown". Also, amazingly enough, Sabrina, Salome and I, all like her stuff. And we don't agree on much, fashion-wise.
Posted by CronoCloud at 11:32 AM No comments:

Nerd Test (everyone else is doing it)

I am mighty in Nerd puissance. I took it last week for message board.

Take the Nerd test
Posted by CronoCloud at 2:46 AM No comments: