Zantyago Mannonen's CSR, Miss Charlotte Montmorency here, brought me to his new store in Steelhead to check things out  Had a nice discussion with Zan and I picked up this Edwardian day dress for Steamlands use.  Zan can't get a Maitreya dev kit so he has to guess.  He had a Slink one, but as he has found out, the Maitreya body has become more popular leaving him in a fix.  Here's the thing, some of his things work fine with the Maitreya body...just try them out.  Demos are on marketplace.  If you have a Maitreya body, head upstairs....those tend to work better.  The fit isn't perfect, but it is close and well without a devkit it's all guesses. This is original mesh NOT templates. Well worth taking a look if you're a steampunk who wants something besides the usual corsets and cleavage gear...even I don't always want cleavage 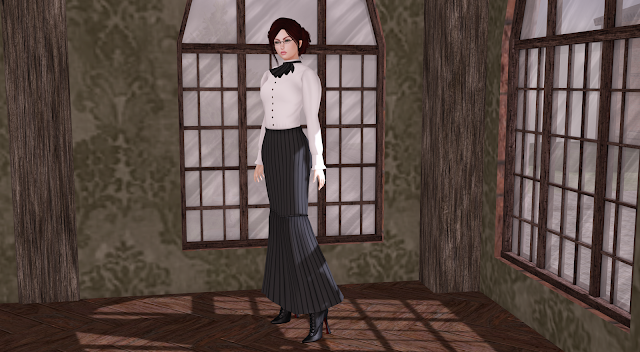 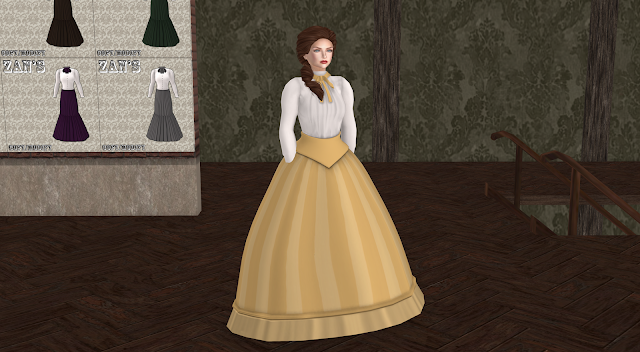 Charlotte is wearing Zan's Stroller dress. Her hair is Slink Constance, which I should pick up.  Her head is a Catwa Amy.  Her eyes are from Inkheart, Winter fantasy eyes in Snow.

I'm going to say this right up front, the Maitreya body developer needs to be more forthcoming with the devkit and more free with it's release.  Even with small niche creators like Zan. Getting it into as many hands as possible makes higher quality items for the body available and INCREASES the desirability of said body even more than it is already, ESPECIALLY in niche communities like the Steamlands.

Posted by CronoCloud at 3:01 PM No comments: