Harper Beresford makes me buy stuff...well she doesn't exactly make, as in holding a melon gun to my head, but her blog makes CC want stuffs NOW! very very often.

Harper did a post where she showed off the Maitreya Nolita dress in Red with a recent Analog Dog release called Sassafrass. I already had the dress, which is faboo and practically every fashionista on the grid has it already, in several colors, which I haven't posted on the blog. but when I saw the post, I needed that hair NAO.

The hair reminds me of Queue Marlowe's earlier style, , that's Harper's namesake, which I also like, being both above the shoulder and curly/wavy. Except Sassafrass is better because it comes in Queue's newer colors. IMHO Queue does some of the best curly/wavy hair on the grid. 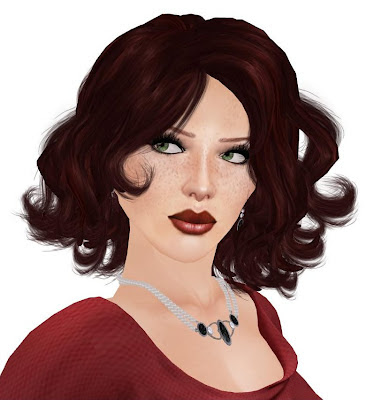 Harper recently showed off a dress from SAS, called La Seine, that comes with short poofy tulle skirts and traditional BIG ASS SL "battleship skirts". But she did not mention the Audrey Hepburnesque hat that comes with it. 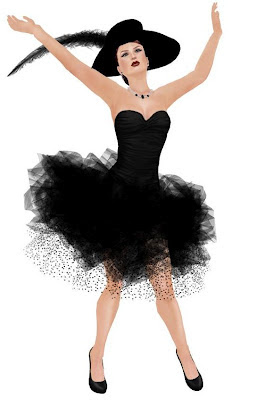 So that made the ensemble even more squee-worthy for me. I love poofy lil party skirts and I also love Audrey Hepburnesque hats, because I worship the Audrey, as everyone who reads this blog knows by now.

It's a simple hat, but sometimes, simple is good. 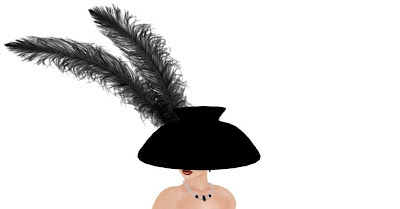 Also harper didn't show off the Battleship skirt, but that's okay because I prefer the short skirt too, but if you need a BIG ASS skirt for some social venue that's picky and wants you to wear one, it comes with one. 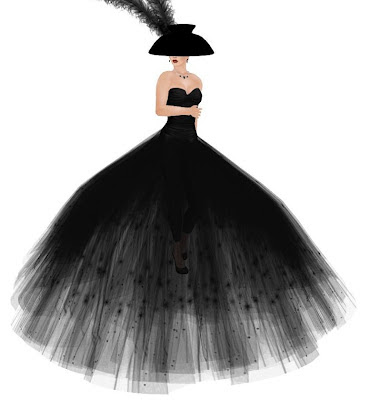 When Harper showed off this tuty updo with a very low bun, I was all over that like a hat wearing fashionista obsessed with finding a good updo that works my hats would be. The gown she showed it off with was by Azul, but I didn't get that one, but I got this more "Dancing with the Stars one" called: Blossoms Joli 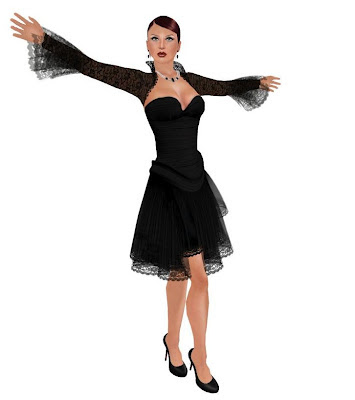 As you can see, I decided to pair it with a spray tan (just the medium tone of one of my standard skins) and lashes with oomph from Beetlebones just like one of those ballroom dancers. Here's the back. 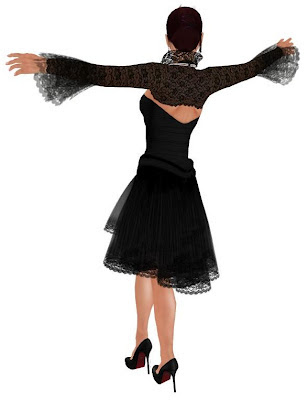 And some close-ups of the hair. Now its not perfect, and this color isn't exactly CC's color (I'll try the Red Velvet color eventually) but it's reasonably good hat suitable updo. 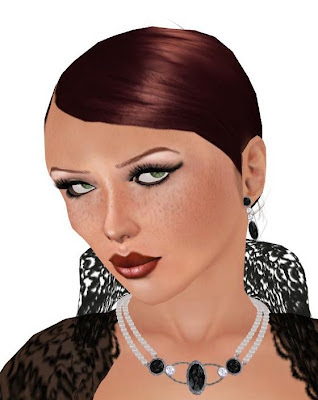 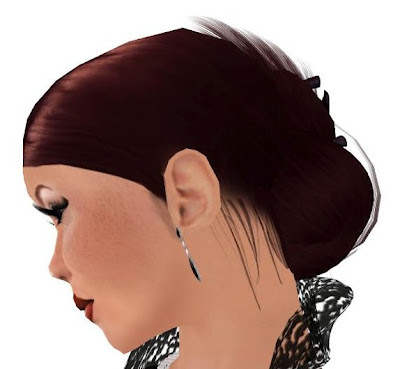 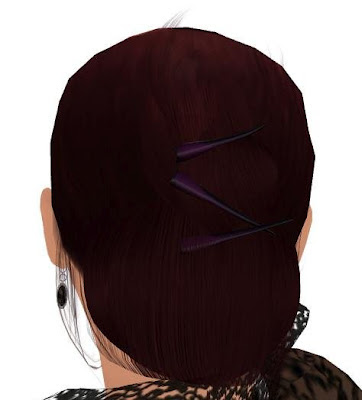 My skin and shoes are my usual 5th & Oxfords and G Field's.

SLURL to Azul
Posted by CronoCloud at 7:31 PM 3 comments: