Not so fast there on that profile, Ms. CC, try a bit of Miss Rose DeWitt-Bukater cosplay

So, after I had taken those pictures and blogged, I was sitting there zoomed in on my rather kate Winslet as Rose-y self and remembered I had a Rose-ish dress from Entice.  So I found it and put it on and remembered there was a Titanic build  in SL.  I found that easy enough and discovered the ballroom was basically a mall, but I headed to the bow, turned on shadows, Depth of Field, messed with some windlight and ...  Near.....far...wherever you are.... 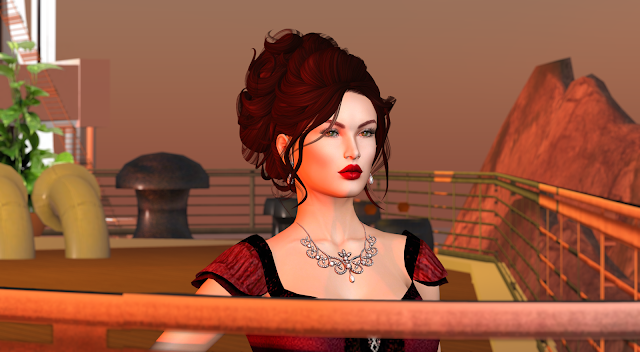 I showed that to Ava and she said I should make THIS the profile pic, so I did. 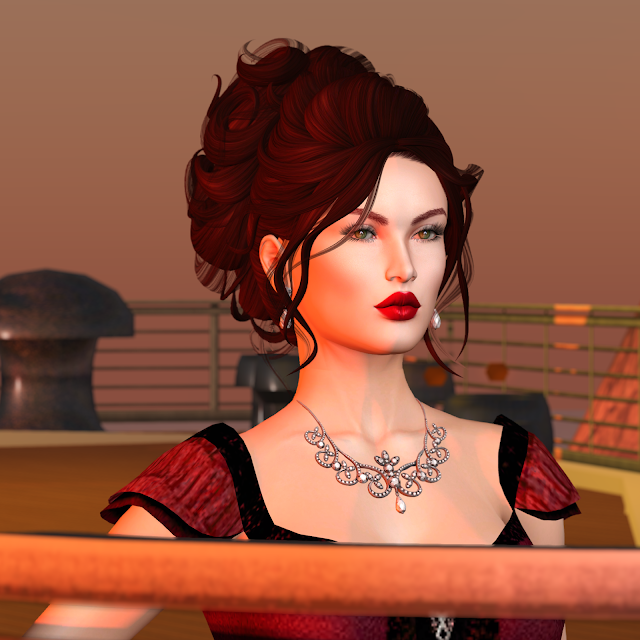 Posted by CronoCloud at 2:03 AM